The mines of Serifos 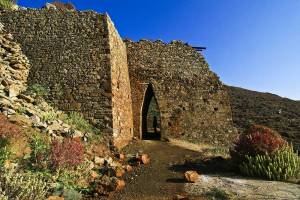 The existence of mineral deposits in Serifos island has been known since ancient times. During the Roman rule and especially during the Venetian rule, in the 14th century, intensive mining activities were performed. During the Turkocracy the mines operated only for a short period of time. The recent history of mines started in 1870 with the establishment of  “Serifos Mining company”, but the most systematic mining operations started in 1885, when the management of the mines was take over by the German mineralogist Emile Grohmann.

During the 21 years of his stay, million tonnes of ore had been mined and the population of the island was increased.  In August 1916, in response to the continuous fatal accidents that occurred, low pay, excessive working hours and companies cruel management by G. Grohmann (the son of Emile Grohmann), the great miners’ strike took place. During the fatal events, 8 people were killed and 30 were wounded, however, the union achieved the increase of wages and the establishment of the 8 hours of underground work. The mines shut down in 1964.